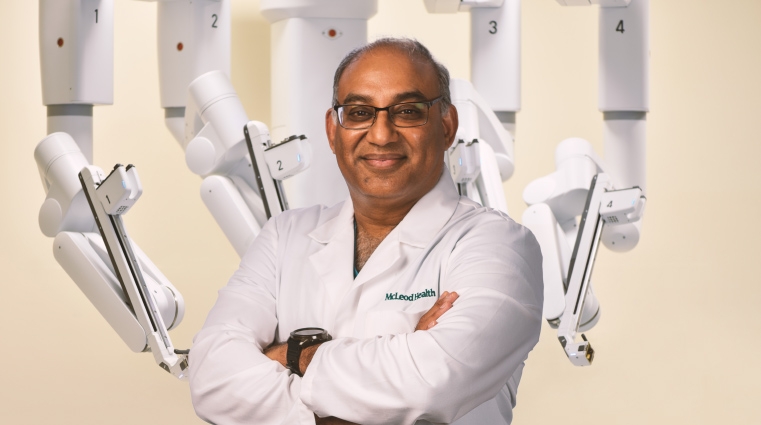 In healthcare’s ever changing landscape, Chemical Engineers can be found spearheading new developments in biotechnology and medicine. When Dr. Srinivas Kolla needed to make his next professional move after graduating from Rice University in Houston, Texas, with his Bachelor of Science in Chemical Engineering, he applied and was accepted to medical school at Stanford University School of Medicine in California.

Once in medical school, Dr. Kolla considered himself fortunate to be a medical student under Dr. Norman Shumway, the physician who performed the first heart transplant in the United States. He became Dr. Kolla’s inspiration for choosing the field of cardiothoracic surgery.

Cardiothoracic surgeries involve the organs and tissues of the chest, including the heart and lungs. These surgeries are performed either as minimally invasive procedures or more invasive surgery which necessitates opening the chest.

Lung surgeries, which tend to be primarily for lung cancer, historically have been performed in the same manner as cardiac surgeries, with an open procedure that requires a large incision. This can cause prolonged hospitalization, pain and discomfort for the patient. Today, many thoracic or lung cases are performed with robotic-assisted surgery.

Robotic-assisted thoracic surgery removes the need for a large incision and instead only requires small incisions. This offers the patient a faster recovery and an earlier return to their quality of life.

“Robotic-assisted surgery provides a more thorough operation for lung cancer,” said Dr. Kolla. “The unique feature of robotic lung surgery is that it gives a view inside the chest with 3D visualization of the lymph nodes, allowing us to remove them with minimal physical after-effects. Extracting more lymph nodes, as well as the primary tumor, provides a more complete removal of the cancer.

“In addition to easier extraction, robotic-assisted surgery often leads to better outcomes for patients because it more accurately stages the cancer than with previous methods. From a cancer perspective, it is unparalleled in its ability to deliver a comprehensive operation for the patient,” remarks Dr. Kolla.

However, robotic surgery is more than just the robot and the surgeon. At McLeod Regional Medical Center, it takes an entire team of clinical staff to ensure a smooth operation and good outcomes.

“When I interviewed at McLeod, I was very impressed with the cohesiveness of the team,” said Dr. Kolla.

“The medical professionals in the operating rooms had many years of service and I immediately noticed a unified flow among the team. This is a very rare find anywhere in the United States so it was a real plus for me when selecting this program.

“As I began performing surgeries at McLeod, that included working with the robotic surgical team. Quite frankly, they are some of the best staff I have ever worked with. I have operated in numerous medical facilities and none are as good as our teams at McLeod.”