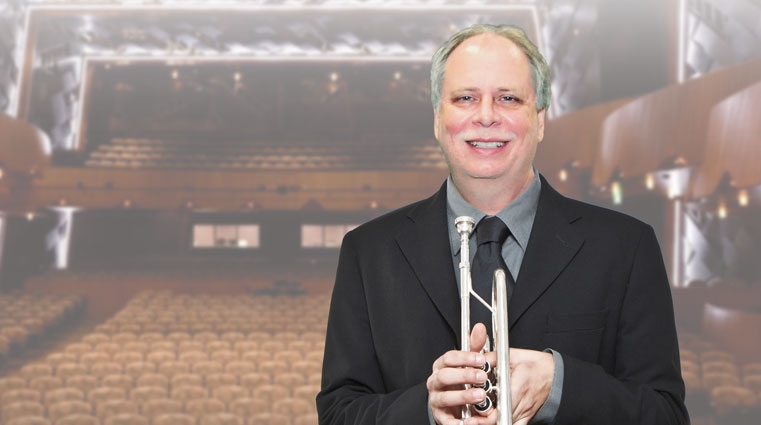 It was a Tuesday unlike any other for Randy Rouse, a native of Dillon, South Carolina. He describes February 23, 2016 as a “regular workday.” After leaving work, Randy attended rehearsal at the Performing Arts Center in Florence, South Carolina, where he plays the trumpet with the Francis Marion University Concert Band.

He arrived at his home in Latta around nine in the evening. As he sat in the driveway, Randy was gathering his instrument and backpack, along with a few things from work.

“I did not notice anything out of the ordinary until I got out of the car,” recalled Randy.“I was having trouble getting my items organized to bring into the house. I believe that was the beginning and first noticeable symptom of the stroke I experienced.

“I could not seem to get my things together, so I decided to take half of the items in and then go back for the remainder.”

“When I got to the door, I remember trying several keys in the lock to unlock the door. At the time, this did not strike me as odd. By that point, my mind was totally disorganized in its thought process,” said Randy. “Not once did I think ‘I have to put the right key in the door.’ Luckily, I could see my wife, Debra, through the window talking on the phone.”

Debra, who would have normally been upstairs at that time of night, was downstairs in the kitchen talking to their son. She noticed Randy was having trouble entering so she came to open the door.

Randy recalled the interaction they had, “She spoke to me, but when I spoke back to her my speech was beginning to slur. Debra immediately called 911. Within a few minutes, a police officer came by to check on me and the ambulance arrived shortly.

“I remember the ambulance ride completely,” said Randy. “During the ride, I started experiencing problems on my right side. My right hand and arm went numb, but I was not experiencing any pain. I had an overwhelming sensation that things were just slowing down. Shortly after arriving at the McLeod Dillon Emergency Department (ED), I began to feel nauseated, and I got sick.”

There was a quick response by the emergency providers awaiting Randy’s arrival in the ED. “The last thing I remember about that night was the staff rushing to care for me after one of the tests showed bleeding on my brain,” said Randy

The calm of the emergency technicians in the ambulance, the speed of the receiving nurse at the McLeod Dillon ED door, the responsiveness of all the nurses and staff, and the processes that were followed mimicked “a symphony of care” for Randy that evening.

“This was a frightening experience for my wife as she stayed by my side and began to understand the severity of the stroke,” said Randy. “Debra was comforted by the genuine compassion and care shown by those caring for me that night. She found confidence in their reassurance and communication about quick, lifesaving decisions that were being made. She knew they were making choices that were best for me.”

All of the medical professionals involved in Randy’s care after that point credited his superlative, positive outcome to the treatment he received emergently in the McLeod Dillon ED.

Randy is the Part Owner and Station Manager for HomeTown TV8 in addition to the Financial Administrator and Media Pastor for Dillon Church of God. Steve Johnson, Vice President of Operations and Advertising and also Part Owner of HomeTown TV8, was shocked when Randy was back at work on Monday -- only days later.

“I could not believe as critical as he was less than a week before that he had recovered to the point of returning to work,” said Steve. “We know that the care and intervention he received in Dillon was the reason his symptoms disappeared almost as quickly as they had appeared. I am grateful for the lifesaving services and high quality medical care McLeod Dillon provides.”

Randy worked limited hours the following week as he continued to rest and regain his strength.

Today, Randy is under the care of his primary care physician, Dr. Granville Vance at Dillon Family Medicine.

“I still notice a little forgetfulness here and there,” admitted Randy. “Dr. Vance has explained that my memory will continue to improve over the next few months.”

Going forward, Randy is taking medication that will better control his high blood pressure, which was a contributing factor to his stroke. “I am blessed and highly favored,” added Randy.