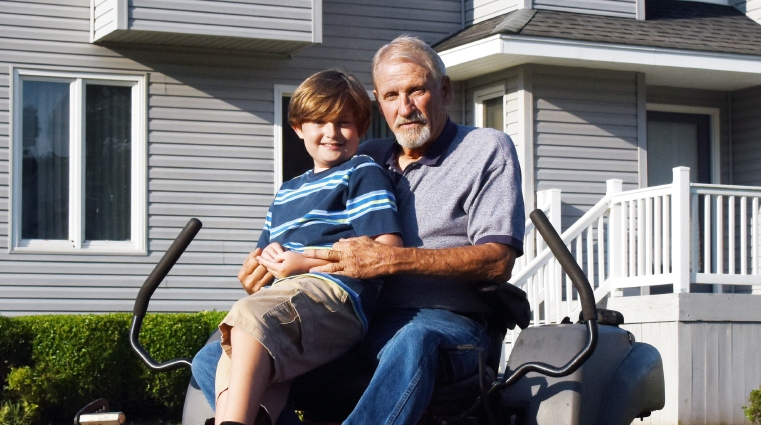 Repair of a Triple Threat

When Florence resident Steve McCracken went to his primary care physician with complaints of back pain, Steve was more than surprised with what his doctor discovered.

During his visit with Dr. Lisa Lanning at McLeod Family Medicine Center, Steve underwent an X-ray for his back pain, which incidentally revealed an abdominal aortic aneurysm.

An aneurysm is an enlarged, balloon-like bulge and weakened section of a blood vessel with the most common type being the abdominal aortic aneurysm. Most aneurysms occur in the aorta, the largest blood vessel that comes out of the heart and provides blood to the rest of the body.

In many cases, patients with aneurysms never encounter symptoms. Those who do may experience a pulsing sensation that feels like a heartbeat in the abdomen or sudden onset of intense pain in the abdomen, chest, or lower back.

“Aneurysms are usually found when a patient is screened for another issue,” said McLeod Vascular Surgeon
Dr. William C. Jackson.

Dr. Lanning referred Steve to Dr. Jackson. To determine the size of Steve’s aneurysm, Dr. Jackson ordered a CT scan. Test results showed Steve had a total of three aneurysms, one of which was close to the renal arteries.

“Our primary concern is that as aneurysms increase in size, so does the threat of rupture,” said Dr. Jackson.

“The largest of Steve’s aneurysms was more than six centimeters. To ensure he received the appropriate type of repair, we needed to begin with a custom-made graft which required four to six weeks delivery.”

“Dr. Jackson assured me that I could continue with my daily life until the graft arrived,” said Steve.

Each of Steve’s aneurysms required unique approaches to repair.

Fenestrated endovascular aortic repair (FEVAR) is a form of endovascular surgery using a custom-designed graft. This is the method Dr. Jackson needed to repair Steve’s first aneurysm, the one closest to the renal arteries.

When an aneurysm is located near an organ, such as the kidneys, there often is not much room for the vascular surgeon to attach the graft. FEVAR makes it possible to treat the aortic aneurysm that cannot be treated by the traditional treatment method.

A custom graft was made using a computed tomography (CT) scan of Steve’s aorta. The graft is designed with holes (fenestrations) that correspond to the unique positioning of the arteries in the body that branch off from the aorta to the kidneys, small bowel and liver.

Once Dr. Jackson implanted the fenestrated endograft inside the aneurysm, blood flowed through the diseased area without putting pressure on the aneurysm.

This allowed blood flow to continue to the vital organs through the holes in the graft.

Then Dr. Jackson began repairing the second aneurysm, which due to its location, also mandated a special type
of graft.

The second aneurysm was in one of the iliac arteries. The iliac arteries provide the primary blood supply to the lower limbs. Without proper blood flow to the limbs a person can lose use of their legs.

Similar to Steve’s first aneurysm, the aneurysm in the iliac artery also did not have adequate room to allow the vascular surgeon to easily attach a graft. The importance of preserving the blood flow and sealing the aneurysm helped to ensure Steve’s ability to walk.

To repair this aneurysm, Dr. Jackson used an Iliac Branch Endoprosthesis, a graft fully designed to meet all the challenges of repair in this difficult location and provide extra space for the vascular surgeon to secure the graft in place.

The third aneurysm, also located in the iliac artery, was repaired with endovascular coiling, a procedure to block blood flow into an aneurysm. The coils are made of platinum making them visible on X-ray and flexible to conform to the shape of the aneurysm. Dr. Jackson packed the coils tightly inside the aneurysm to prevent growth and rupture.

“This was an extremely complex case, which required approximately eight hours of surgery,” said Dr. Jackson.

“I’m not one who likes to sit around,” said Steve. “I operate a full-time yard service company six days a week. Three to four weeks after my surgery, I started riding my lawn mower again.”

“Fortunately for Steve, the technology we have at McLeod allowed us to perform this large repair through a two-inch incision in the groin area. If performed as an open procedure, Steve’s recovery time would have been much longer and more difficult for him,” said Dr. Jackson.

“Dr. Jackson did an outstanding job. If anyone ever needs the services of a vascular surgeon, I would not hesitate to recommend him and his team,” added Steve.