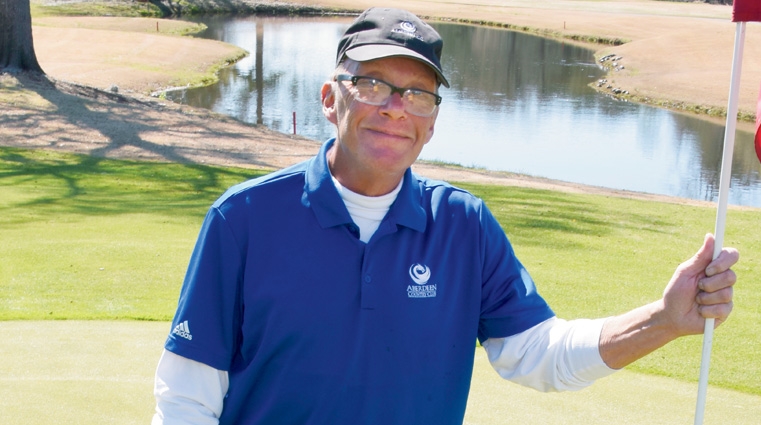 Myrtle Beach resident Conrad Alt suddenly began experiencing what he believed were flu-like symptoms including vomiting, hot flashes and severe abdominal pain. This pain persisted through the next day, to the point he had to leave work early and head to a pharmacy to pick up medicine.

On the third day of persistent pain, Conrad’s discomfort intensified. He continued self-treatment to find some relief. He also tried to rest, as sleep had eluded him.

Dr. Timothy Carr, an Emergency Department physician, examined Conrad when he arrived. After Conrad shared his symptoms, Dr. Carr began pressing on his abdomen, checking to see if Conrad was suffering from an abdominal aortic aneurysm (AAA). To confirm his suspicion, a bedside ultrasound was performed followed by a chest CT scan. The scan showed a large rupturing aneurysm.

“Mr. Alt came to the McLeod Health Carolina Forest Emergency Department in agonizing pain,” said Dr. Carr. “Based on his description of symptoms, I suspected he had an AAA, which can be life-threatening.”

An abdominal aortic aneurysm is an enlarged area in the lower part of the aorta, a major vessel that supplies blood to the body. The aorta runs from your heart through the center of your chest and abdomen. The aorta is the largest blood vessel in the body, so a ruptured AAA can cause life-threatening bleeding. Depending on the size of the aneurysm and how fast it is growing, treatment varies from watchful waiting to emergency surgery.

To repair Conrad’s aneurysm, Dr. Cunningham gained access through a minimally-invasive surgical procedure called Endovascular Aneurysm Repair (EVAR). During the EVAR procedure, the vascular surgeon inserts a stent graft (a fabric tube supported by metal wire stents that reinforces the weak spot in the aorta) into the aneurysm through small incisions in the groin. Endovascular repair of aneurysms does not require a large incision and has a substantially shorter recovery time than the conventional open surgical approach.

However, not all aneurysms are suitable for endovascular repair.

Conrad’s procedure was successful with no complications. Due to the less invasive approach, Conrad went home within two days.

“I was told after surgery that if I had waited two hours, I would not be alive,” said Conrad. “I’m grateful for all of the staff at the McLeod Health Carolina Forest Emergency Department and McLeod Health Seacoast. I would recommend this neighborhood emergency department to everyone, especially residents of Carolina Forest.”

Conrad and his wife relocated to Myrtle Beach from Long Island, New York. As golfing is his favorite past-time, Conrad chose to work at Aberdeen Country Club so he could be on the course every day. Conrad was released back to work as well as to playing golf only three weeks after his surgery.

“McLeod Health Seacoast impressed me with their professional response and bedside manner. I feel fortunate to be able to share my story,” added Conrad.