What’s the Difference Between Fibroids and Uterine Polyps? 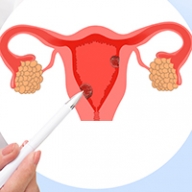 Many women suffer from either fibroids or endometrial polyps. Both medical issues have similar symptoms and can affect a woman’s ability to get pregnant. Yet, both fibroids and polyps are different, as are their treatments.

“Uterine fibroids generally grow in the walls of the uterus, vary in size, are tissue growths and are not considered to be life-threatening,” says McLeod Gynecologist Dr. Stephen Jones. “Uterine polyps are soft, red outgrowths from the lining of the womb that may grow to block the opening of the fallopian tubes, affecting pregnancy.”

SYMPTOMS
Fibroids and Polyps can both cause the following symptoms:

FIBROIDS
Although they can occur to a woman of any age, fibroids are most common in women aged 30 to 40. They are not thought to be cancerous.

Treatments may include medication, such as birth control pills, or surgery, including amyomectomy, a surgical procedure that can remove the fibroids, while retaining a woman’s ability to get pregnant. They can also be treated by blocking the uterine arteries, allowing the fibroids to shrink. This can be done by a Radiologist and involves a tube being placed through an artery in the groin.

UTERINE POLYPS
Most polyps are not cancerous but about five percent can turn out to be precancerous or cancerous. That cancer risk leads most Gynecologists to recommend removing any polyps that are discovered.

A woman’s risk of suffering from polyps is increased if they are between ages 40 to 50, overweight, take Tamoxifen for breast cancer or are having postmenopausal hormone replacement therapy. Other factors that may increase your risk of polyps include high blood pressure and hormonal imbalances. After menopause, the likelihood of experiencing polyps decreases as estrogen levels decrease.

ACTION YOU CAN TAKE
You don’t need to live with the side effects and symptoms of either fibroids or polyps. Your Gynecologist can perform some diagnostic tests, determine the cause of your problems and discuss treatment options.