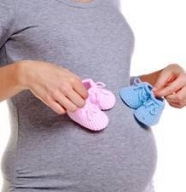 Fibroids  – non-cancerous growths – that form in and around the uterus can cause heavy bleeding, pain, discomfort during sex and a frequent need to urinate. The most common way to eliminate the problem is for a woman to have the fibroids and her uterus removed through a hysterectomy. When the fibroids are removed, the bleed and pain will diminish.

However, fibroids are most common in women aged 30-40. As many as 20%-50% of women of reproductive age develop fibroids (also known as myomas). With many of today’s women waiting longer for children, a growing number of women are seeking a solution that removes the fibroids – but retains the uterus and the possibility of pregnancy. Women who want to retain their uterus for reasons other than pregnancy may also be candidates for a myomectomy.

THE PROCEDURE
During a myomectomy, the surgeon goes in and removes the various fibroids. Then, the surgeon closes the uterus, keeping it in tact. The procedure can be traditional open surgery through an incision through the abdomen, and a number of minimally invasive techniques are also used – reducing pain, scars and recovery time.

The approach most appropriate for each woman depends on the location, shape and scope of the fibroids, which can vary from the size of a marble to as large as a basketball.

AFTER EFFECTS
Long-term studies show that about 50% of women attempting to get pregnant after a myomectomy successfully conceive.

“About 50% of the women who’ve had myomectomies will see new fibroids grow,” says Gynecologist Dr. Dale Lusk of McLeod Women’s Care Florence. “The woman can have a repeat myomectomy, or a woman can decide to proceed with a hysterectomy at this point.”