Fighting a Thousand Cancers – Treating One Person at a Time 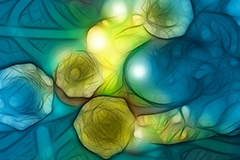 “Cancer is not one disease,” says McLeod Cancer Specialist Rajesh Bajaj, MD. “It fact, it’ a group of perhaps thousands of different diseases, which have some common characteristics.  For this reason, cancer treatments are very complex and increasingly personalized.”

Although each patient’s treatment must be calculated uniquely, the options fall into three main categories: Medications, Chemotherapy and Radiation Therapy

Chemotherapy  covers a broad range of treatments, using more than 100 cancer-killing drugs. They can be administered as an IV, by hypodermic (like a flu shot), liquid or pill taken by mouth.  In some cases, such as breast cancer, women may be given chemotherapy before surgery to make the mass smaller and easier to remove.  Or they may be given chemo after surgery to reduce the risk of cancer returning. Chemotherapy is also used when a cancer has spread beyond the original site to other parts of the body (metastasized).

Chemo is designed to kill cancer cells.  It also kills some healthy cells, but the damage is generally not permanent.  Patients receive treatment over a period of days, weeks or months with breaks to allow the body to rebuild its strength.

External Beam Radiation uses a machine outside the body to direct rays into the tumor.  The larger the radiation dose, the more likely healthy cells will be damaged.  As a result, External Radiation Therapy is often broken down into smaller doses (fractions).  Treatment can be 5 days a week over one or two months.  Some new types of external radiation therapy allow larger doses to be administered through a tightly shaped beam.

Internal Radiation Therapy or High Dose Radiation (HDR) Brachytherapy  (pronounced bray-kee-ther-uh-pe) involves placing radioactive elements inside the body.  These elements may be in the form of pellets, seeds, ribbons, tubes or wires. Radioactive substances are placed in or near the tumor using a so-called  “applicator,” while the patient is in the operating room. Some implants are left in for a few minutes; others, as long as 7 days.  Used in breast cancer, these implants are called Mammosites.  Gliasite is an internal radiation treatment for recurrent cancer of the brain.

“The treatment of cancer has improved substantially in recent years,” says McLeod Cancer Specialist Dr. Michael Pavy. “In breast cancer for instance, aggressive treatment for Women with Stage I helps prevent reoccurrences.  Breast cancer and lymphoma are now being treated effectively with monoclonal antibodies – the so-called ‘magic bullets’ created by scientists that bind to cancer cells and fight them directly.”

Side Effects.  Cancer treatments can affect the body in many ways. Hair loss, fatigue, bruising and infection are just a few.  Yet, some people have minimal or no side effects.  For a more complete discussion, see the article on side effects.

Have a cancer question?  Ask a specialist.