Fibroids: Greater in African-American Women than White. Why? 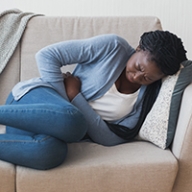 Fibroids – non-cancerous growths in the uterus – are the most common pelvic tumor in women. Fibroids are also a major reason that women decide to undergo hysterectomies or myomectomies.

THE AFRICAN-AMERICAN DIFFERENCE
“Studies show that African-American women suffer fibroids 2 to 3 times more than white women,” says McLeod OB/GYN Dr. Monica Ploetzke. “We also know that Black women tend to experience fibroids at a younger age and often more severely than their white counterparts.”
One estimate is that 25% of African-American women will suffer from fibroids by the age of 25 and 80% will have them by age 50 (compared with 70% for white females).
Because Black women suffer fibroids at an earlier age, they also are 2 to 3 times more likely to undergo surgery.

WHY?
Researchers have found a number of elements that are linked to this disparity, though no cause had been identified. Here’s what we know:

WHAT TO DO
Although there is no confirmed cause of this disparity, it would be good to control the elements highlighted above if you can.
The important message to carry away from this article is that if you experience the symptoms of fibroids – abnormal uterine bleeding and pelvic pain – see your gynecologist as soon as possible. You’ll see a better quality of life. If diagnosed soon enough, you can avoid a total hysterectomy.