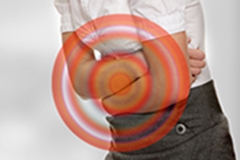 Abnormal vaginal bleeding can be worrisome, impact reproductive health or have other serious consequences. Treating the condition will help you maintain your quality of life.

“Anytime you bleed between menstrual periods, after intercourse or after menopause a woman should be concerned,” says McLeod Gynecologist Dr. Stephen Jones. “Even heavy bleeding during your period should be discussed with your Gynecologist.”

CAUSES
Von Willebrand Disease a common bleeding disorder in adolescents, results when the blood lacks a certain blood clotting protein. It usually presents when menses start, and are unusually heavy.

DIAGNOSIS
Your OB/GYN may take some blood tests for liver function and fasting blood glucose levels. They will also look at thyroid and hormone levels, such as FSH, LH, androgen and progesterone. They may use an ultrasound or hysteroscopy for a look inside.

The doctor may also order a pregnancy test or do a biopsy to look for cancer.

TREATMENT
Your Gynecologist will probably start with medication treatments, such as hormones delivered through birth control pills, patches or a vaginal rings. If an infection is involved, antibiotics may be appropriate. If fibroids are the cause, there are multiple treatment option to discuss.

Possible surgical Treatments include a myomectomy, which can remove fibroids while preserving the uterus, enabling a woman to retain fertility. Endometrial ablation destroys the uterus lining, stopping bleeding. While it stops the bleeding, a woman’s ability to get pregnant is seriously affected. Uterine artery embolization, a non-surgical procedure, blocks blood vessels in the uterus that feed fibroids. It is another option to preserve fertility. Hysterectomy is the definitive surgical therapy, removing the entire uterus.

ACTION YOU CAN TAKE
Be sure to talk to your GYN about any abnormal vaginal bleeding you may experience. Remember that the range of causes is long, but so is the list of possible treatments.