But I Want a Baby! Fibroids & Endometriosis’ Effect on Fertility & Pregnancy 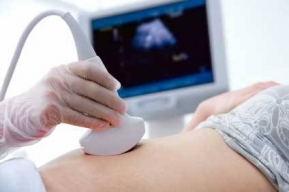 Many women suffering endometriosis do go on to have children. Some sources estimate that 60%-70% of women with endometriosis are fertile. However, fertility problems increase with the severity of the problem and with the woman’s age.

“Both fibroids and endometriosis can make sexual intercourse painful for the woman,” says OB/GYN Dr. Michael Davidson of Advanced Women’s Care. “Some hormonal treatments for both problems can produce a menopause-type state, temporarily treating the problem, but it prevents pregnancy.  And hysterectomy – a surgical procedure that removes the uterus and possibly the cervix and fallopian tubes – can be used to treat both problems but will prevent pregnancy. A myomectomy to remove the fibroids can treat the fibroids and allow the patient to retain her fertility. Laparoscopic surgery can remove the endometriosis and also allow the patient to keep her fertility. However, a woman should talk with her Obstetrician about her desire for pregnancy to see if there is a plan that might treat the problem and allow her to be a mother too.”