Ultra-Processed Foods are Ultra-Bad for Your Heart 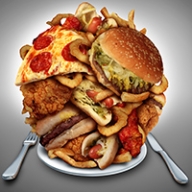 Chicken nuggets, instant soup, pre-packaged baked goods and snacks. Yum, you might say. But your heart and vascular system says “Yuck” to these so-called “ultra-processed” foods.

WHAT MAKES THEM ULTRA-PROCESSED

However, our bodies pay for that convenience, which lack vitamins and fibers. They often take the place in our diets of more nutritious foods, such as whole grains, vegetables, fresh fruit and lean protein.

In short, cut down on the ultra-processed food you eat. Of course, that’s easier said than done. So make some simple switches to start down the path to a healthier heart – an apple instead of a candy bar, unsalted nuts instead of potato chips, a fresh chicken breast rather than sliced deli chicken and brown rice instead of a quesadilla.