When Two Joint Replacements
are Better than One 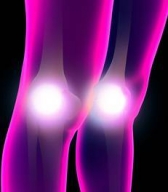 Not only was Darth Vader the father of Luke Skywalker in Star Wars, but all that light saber fighting took its toll. Darth – in real life, actor Dave Prowse – needed a Hip Replacement. And not just one hip – but both.

Like many people (even those who don’t fight with light sabers) Vader (AKA Prowse) had to decide whether to have BOTH hip joints replaced in one surgery…or first have one hip replaced, recover, then have the second replaced, also called staged replacement. He decided on doing both at the same time, also called bilateral joint replacement.

“There are three primary issues that lead to bilateral joint replacement,” says McLeod Orthopedic Surgeon Dr. Michael Sutton of McLeod Orthopaedics Dillon. “First, are BOTH of your knees or hips giving you problems? Second, do you WANT to have both done at the same time. And third, what does your orthopedic SURGEON recommend.”

Here are some of the considerations that went into Vader’s/Prowse’s decision…and, if you face the same issue with hip or total knee joint replacement, may go into yours.

Simultaneous replacement is not for everyone, especially for 1) people over 80 years of age or 2) people with heart problems or 3) people with lung disease.

Several studies have looked at complications comparing the bilateral (both) versus staged (one at a time) approach to joint replacement. Replacing both joints at the same time results in:

The author of one recent study flatly stated, “The findings indicate that performing simultaneous replacements would significantly reduce the incidence of major orthopedic complications.”

Patients with both joints replaced in the same surgery may be walking around on crutches in a few days.

Yet, most people who have BOTH knees or hips replaced at the same time should plan to spend some time in an inpatient rehabilitation unit or hospital. Depending on the type of job you have, plan on about 6-8 weeks off work.

The rehabilitation is hard work, whether one knee/hip or two. If there are two separate surgeries, that results in two separate rehab programs. Plus, if both your knee or hip joints are bad, when you are going through the first rehab, you’ll be hampered by the remaining bad knee or hip.

A bilateral – two hip or knee joints at one time – surgery is a reasonable option for most people. Any decision must be made in consultation with your orthopedic surgeon and Darth Vader, if he’s available.