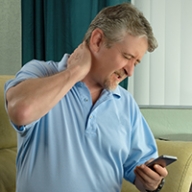 From an interview on Wake Up Carolina
Dr. Carmen Piccolo
McLeod Vascular Associates

About 80 to 90 percent of a stroke is caused from a lack of blood supply to the brain and two-thirds of those strokes can be tracked to a disease or blockage that builds up in the carotid arteries.

“The carotid arteries come out of the chest, running up the side of the neck to your brain,” says McLeod Vascular Surgeon Dr. Carmen Piccolo. “The arteries supply blood to the area of the brain that helps with important factors, such as speaking, being able to feel things and moving the arms and legs. The traditional method of clearing a carotid artery blockage is giving away to a safer method called TransCarotid Artery Revascularization or TCAR.”

THE TRADITIONAL STANDARD
For years, the gold standard was the Carotid Endarterectomy, involving large incisions in the neck, clearing out the blockage, then stitching the artery and incision back up. It works quite well, has been done for a very long time and is still performed regularly today.

A problem can result with the Carotid Endarterectomy when the surgeon crosses the blocked area to place a filter.  Some of the blockage material can break loose and travel to the brain by the blood flow, potentially causing serious brain damage.

TCAR – A BETTER WAY
TransCarotid Artery Revascularization uses advance technology to reverse blood flow away from the brain, while the surgeon clears out the blockage. Any debris or plaque that breaks free will be captured by a TCAR filter near the groin. (See an animation of the TCAR procedure.)

Find a Vascular Surgeon near you.