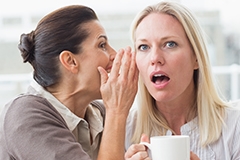 “The hidden medical epidemic that few women have been willing to talk about,” said an article in The Washington Post about Pelvic Organ Prolapse in older women. Yet, the article noted that – some unknown reason – there was a shift around 2015, according to the Women’s Health Foundation.

“Pelvic organ prolapse is when muscles holding one or more pelvic organs – such as the bladder or uterus – fail to hold them in place and the organs drop, occasionally even visible in the vagina,” says McLeod Gynecologist Joycelyn Schindler, MD. “For many years, women were so embarrassed by prolapse that they didn’t want to seek medical help.”

Prolapse as a “secret issue” seemed to be more of a problem among older women, who may have first experienced weakening of their pelvic muscles but didn’t see symptoms until many years later. Older generations were also more hesitant to talk about issues as personal as prolapse and its effects.

SYMPTOMS OF PROLAPSE
Signs of organs dropping into your pelvic area can be relatively mild and hard to link to prolapse, such as:

THE GOOD NEWS
|First, Pelvic Organ Prolapse is not life-threatening.

Second, today there are a number of treatments, including surgery, which can relieve the symptoms and improve a woman’s quality of life.

ACTION YOU CAN TAKE
A woman of any age, who is experiencing the symptoms of Pelvic Organ Prolapse, should talk to her Gynecologist.

If you know an older woman who you think may have this problem, ask her about the symptoms and help her make an appointment to see her Gynecologist.