Framingham Study: 3-Generation Study of What Hurts Our Hearts 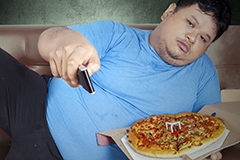 In 1945, President Franklin Roosevelt died from high blood pressure of 300/190 that caused a brain hemorrhage and a stroke. His death was not unique, because many Americans  were dying of heart-related disease due to a lack of knowledge about the risk factors for cardiovascular disease. In fact, back then one of every two deaths were cardiac related and Americans just assumed that death from heart problems were unavoidable. In part, this led to a long-term study that began in 1948, including thousands of individuals and, over the decades, at least three generations.

“It’s called the Framingham Heart Study, because it began in Framingham, Massachusetts,”  says McLeod Cardiologist Nicolette Naso, MD.  “From this study, a risk assessment tool was developed. A system attributes points for age, cholesterol, smoking and blood pressure to establish a 10-year risk of heart attack and cardiovascular disease.”

Since the study began, more than 14,500 people, including children and grandchildren of the original participants, have been followed. In 1994, the study group was enlarged to include African-Americans, Hispanics, Asians, Indians, Pacific Islanders and Native Americans. Every few years, the participants undergo physical exams, blood tests and update their medical history.

Major findings don’t seem surprising to us today – high blood pressure and high cholesterol are major risk factors for cardiovascular disease. However, the Study transformed diagnosis and treatment for heart problems, including articles on the following:

ACTION YOU CAN TAKE
To find out your 10-year risk of cardiovascular disease, you can take the Framingham Risk Survey.

If you have questions or any doubts from the results, see a cardiologist, who can perform appropriate tests and, if needed, treatments. Most cardiologists do not require a referral to schedule an appointment.