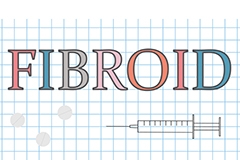 Is it cancer? Do I need a hysterectomy? Am I infertile? I must not have fibroids because I don’t have any symptoms, right? Am I the only one with this problem?

“Starting with the last question — you are not alone,” says McLeod Gynecologist Ed Coughlin, MD. “One of five visits to a gynecologist is due to a fibroid-related health problem. They are most common in females between 30 and 40 years of age. However, they can occur at any age. This article seeks to give you a better understanding of fibroids and their treatment.”

Is It Cancer?
Fibroids are NOT cancer nor do they cause cancer. These benign tumors grow from muscle tissue in the uterus, varying in size from an apple seed to a grapefruit or even larger.

Do I Need a Hysterectomy?
It’s likely your Gynecologist will first try one or several medications:

Fibroids can reappear and require further treatment. Only removal of the uterus through hysterectomy can end the occurrence of fibroids.

Am I Infertile?
A myomectomy retains your uterus but can result in some scarring, limiting your ability to get pregnant. As long as you retain your uterus, you retain the possibility of pregnancy.

I don’t have symptoms. So, no fibroids, right?
It’s always good if you don’t have any troubling symptoms. If a woman is approaching menopause with small fibroids and no symptoms, her Gynecologist may suggest that treatment is not required or that they simply maintain “watchful waiting.”

Your Gynecologist can usually spot fibroids during a physical examination. They may also do some other tests, such as ultrasound, to confirm the diagnosis.

However, you may have fibroids with no visible symptoms. Here are the most common symptoms:

What action can I take?
If you are experiencing symptoms or there’s a family history of fibroids, you should talk to your Gynecologist about it.