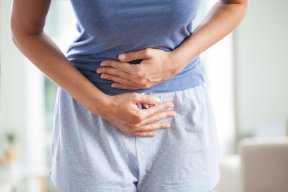 It’s safe to say that when most people hear the term ‘colorectal cancer,’ they assume this is a disease specific to middle-age and senior adults. That’s no surprise, considering the average age at the time of a colon cancer diagnosis for men is 68; for women, it’s 72. For rectal cancer, it’s 63 for both men and women.

However, in the past couple of decades, the rate of colon cancer among Americans younger than 50 has more than doubled, according to the US National Cancer Institute. But why? Delayed detection most likely plays a big role, according to Dr. Glorimar Caldera, a gastroenterologist with McLeod Digestive Health Center Seacoast.

“Traditionally, adults who were at average risk for these cancers were encouraged to begin having screenings at age 50,” says Dr. Caldera. “Fortunately, that threshold age was recently changed to 45 by the U.S. Preventive Services Task Force (USPSTF). But for younger Americans — those under the age of 40 — we’ve seen a disturbing rise in the number of advanced cases of these cancers. But this population is not eligible for routine colonoscopies, which could help us catch cancer early, before symptoms arise, or even prevent it.”

The underlying causes and risk factors of young-onset colorectal cancer are not currently known, but research shows having a family history of colorectal cancer or polyps and other conditions, such as inflammatory bowel disease or hemorrhoids may play a role. There are also lifestyle choices that have been associated with the disease, including obesity, smoking, excessive alcohol consumption, a sedentary lifestyle and a low-fiber/high-fat diet.

Dr. Caldera says Americans should be aware of the symptoms of colorectal cancer, which include:

“Eligible adults should have regular screenings as directed by their physician,” says Dr. Caldera. “Additionally, you know your body better than anyone else. Regardless of your age, if you are experiencing unusual changes or suspicious symptoms, don’t brush it off; be proactive and make an appointment to see your healthcare provider. Doing so could save your life.”

Have a question? Ask a specialist.