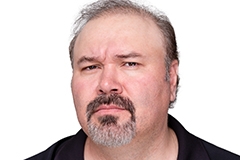 Ranging from slightly bothersome to truly troublesome, people suffer a number of unexpected physical symptoms that could actually be warning signs of an approaching heart attack or heart failure.

“Most people know that chest or arm pain can signal a heart attack in a man and that in women flu-like feelings could be a heart attack warning,” says McLeod Cardiologist William Jackson, MD. “But the signs we’ll address in this article you might never before have associated with heart health.”

OBSTRUCTIVE SLEEP APNEA
Certainly the snoring and pauses in breathing can bother the sleep of snorer and their roommate. Sleep apnea can also lead to heart failure, as well as heart arrhythmias.  Adding “weight” to the heart risk, obese individuals seem more likely to suffer sleep apnea. Although scientists have not proved that Sleep Apnea CAUSES heart problems, one researcher emphatically stated, “The evidence is very strong for the relationship between sleep apnea and cardiovascular disease.”

ERECTILE DYSFUNCTION  (ED)
As if ED wasn’t enough of a man’s problem by itself, it might be atherosclerosis (blocked arteries) causing the problem. While the body tries to ensure that the heart and brain receive enough oxygenated blood, other areas, such as the pelvis, suffer. Medication can help solve the ED problem, but the “little blue pill” won’t help the underlying issue of insufficient blood flow or blocked arteries.

Up to 75% of male heart failure patients reported that they suffered ED. In about 40% of men over 50 with ED, clogged arteries are the cause. The American Heart Association warns that ED can be followed – often in less than 5 years – by a heart attack or stroke.

FATIGUE
Gardening or working out at the gym can wear a person out. Fatigue in these situations is natural. Feeling extremely fatigued just going about your daily activities — walking or shopping for groceries — presents a more worrisome situation, especially if the exhaustion is linked with other symptoms of heart problems. Similar to the issue with ED, when the body can’t pump enough blood to meet the all its needs, muscles suffer, while blood diverts to nourish the heart and brain.

More than 70% of women suffering a heart attack complained of unexplained or unusual tiredness before the incident.

DIZZINESS
Standing up or turning quickly can trigger dizziness in almost anyone as the body tries to adjust. The term dizzy covers two different situations: 1) Lightheadedness, the feeling you might faint. 2) And vertigo, the feeling that the world around you is spinning. As a symptom of potential heart problems, lightheadedness presents the most alarming situation. If the brain doesn’t receive enough blood, you can feel dizzy. Allergies, flu or even low blood sugar can make you dizzy but so can the more serious heart attack or abnormal heart beat (arrhythmia).

SWEAT
In hot weather or following physical exertion, perspiration represents the body’s normal response to cool itself down.

Cold sweat, where perspiration breaks out for no normal reason, can be a heart attack alarm. Cold sweat clustered with other heart attack symptoms dramatically raises the risk that you are or soon will be suffering a heart attack.

ACTION YOU CAN TAKE
If you experience a cold sweat along with other symptoms – CALL 911 immediately. DO NOT drive yourself. The EMS teams start treating you even before you get to the hospital.

If you suffer the less acute unexpected symptoms, especially if you feel more than one, see a cardiologist as soon as possible.