Bone Bruises Are a Real Thing 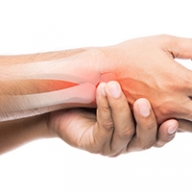 Say the word “bruise” and most people think of that black-and-blue coloration caused when blood vessels under the skin leak. A bone bruise – also called a bone contusion or bone edema (uh-DEE-ma) – can also result in skin discoloration but there are many differences.

“A bone bruise can take months, or even longer, to fully heal,” says McLeod Orthopedic Specialist Dr. Christopher Stanley. “Complications include bone marrow changes that can cause serious inflammation, decreased blood flow and fluid buildup inside the bone.”

Some of the most common bones to suffer bruising are in the heel, foot, ankle, hip, knee and wrist. High-impact sports, such as soccer and football, pose the greatest risk, especially if the athlete doesn’t wear proper protective gear. An auto crash, a fall or a hard smack from another person or inanimate object can trigger a bone bruise. Arthritis can also generate a bone bruise when two bones rub together after cartilage has worn away.

Other symptoms point uniquely to a bone bruise:

TREATMENT
Treatment can begin at home by elevating the leg, foot, knee or arm with the bruise. Ice the swelling but avoid putting ice directly on the skin. Take over-the-counter pain medications, such as ibuprofen (Advil) or acetaminophen (Tylenol).

An Orthopedic Specialist may take X-rays, CT scans or MRIs to determine the extent of the injuries. The bone bruise might only be part of the problem or injury. For instance, a buildup of pressure in the soft tissue can decrease the blood and oxygen flowing to the tissues. Depending on the severity of the injury, you may need surgery.

After surgery – or even without surgery – you might need to wear a brace or padding on the bruised joint for a while.

ACTION YOU CAN TAKE
If you sustain a bone bruise, remove yourself from athletic action. Don’t ignore the pain and swelling. See an Orthopedic Specialist to determine if surgery or other treatment is needed.