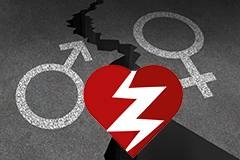 Women are twice as likely as men to die from a severe heart attack, according to a Yale University study (April 2016). This difference between heart attack survival in men and women exists worldwide.

“Until recently, most of the research on heart attacks focused on men,” says McLeod Cardiologist Anil Om, MD.  “However, we are accumulating more data on women with heart attacks to help us work with potential female heart attack victims.”

According to the study of 700,000 heart attack patients in 29 countries, women were 70% more likely than men to die up to a year after the heart attack. The difference between men and women exists even in the US and Europe, where major efforts are underway to educate women and speed access to treatment.

LEADING CAUSE OF DEATH IN WOMEN

Women suffer about half the heart attacks.  Heart attacks are also the leading cause of death for women. The study points to financial, social and cultural barriers that prevent women from seeking timely care. They also pointed to the facts that:

Control your risk factors. Know the symptoms unique to women for a heart attack. If you experience the symptoms, call 911 immediately. Don’t drive your self or have someone else drive you. The EMS team can start treatment for you even before you arrive at the Emergency Department.

You may also find these articles useful:

Young Woman, Are You Heading for a Heart Attack?

Cardiac Stress Test: You May Need One