After Hysterectomy, Do You Need Annual Pap Smears? 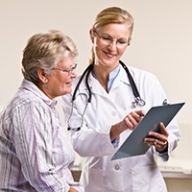 The removal of a uterus (a hysterectomy) can help with a number of women’s problems, such as bleeding and endometriosis.

“A common question that arises after hysterectomy is: Do I still need an annual Pap Smear?” says McLeod OB/GYN Dr. Stephen Jones. “Although several years ago new guidelines for a Pap Smear were adopted by the professional organization of OB/GYNs and the American Cancer Society, there are still other considerations to take into account.”

OTHER CONSIDERATIONS
A total hysterectomy involves the removal of the uterus and the cervix (the tissue that connects the uterus to the vagina).  In this case, a woman could consider stopping Pap Tests or HPV tests. Testing for the Human Papilloma Virus has also been approved as another screening tool for cervical cancer.

If the hysterectomy was performed because of abnormal cervical cells or cervical, ovarian or endometrial cancer, the woman should continue with tests according to the guidelines.

If you have an history of pre-cancer cells, you should maintain testing for at least 25 years after that condition was found, even after age 65.

If a woman has the fairly uncommon supra-cervical hysterectomy in which the cervix is not removed, she should consider continuing with Pap Smears under the guidelines.

IT’S A PERSONAL THING
You have to take into account everything about the patient. Professional organizations are also recommending that we space out Pap Smears at 3 or 5 years. Whether or not that is the right thing to do for you – is up to you and your doctor.

As physicians, we take into account what these organizations say and apply them to each patient as a unique individual — rather than consider everyone the same.  So, you and your Gynecologist should talk about whether you should stop having Pap Smears.