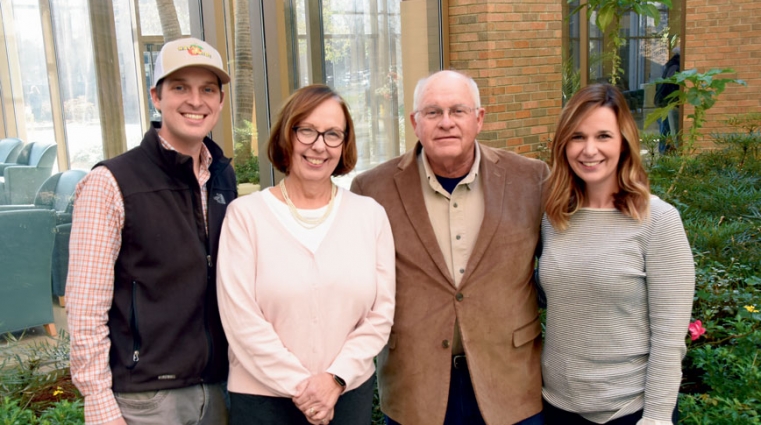 You Can Be A Hero

"Life’s a peach.” It’s more than a slogan for the McLeod family of McBee, South Carolina. Peaches have grown on McLeod Farms since 1916. Owner Kemp McLeod represents the fourth generation to work the family orchards, providing the Pee Dee Region with its fill of peaches every year.

But, it’s through corn that the McLeods are now helping children in the region.

Sitting around the family table one evening discussing the farm’s upcoming Corn Maze, Kemp suggested they use it to impact others. After some discussion, the family decided half of the proceeds from the 2019 Corn Maze would support McLeod Children’s Hospital through the McLeod Health Foundation.

In particular, proceeds would help establish the new HERO (Help Eliminate and Remove Obstacles) Fund to provide assistance for immediate needs, such as diapers, transportation and medications.

“The HERO Fund will help children going through difficult situations,” said Kemp. “My daughter-in-law is a Neonatal Intensive Care Unit nurse and sees the need every day.”

Prompted by his grandson’s love of super heroes, Kemp began Googling comic book characters. He became intrigued by the Avengers Super Heroes, to whom he compared the heroic children and staff at McLeod Children’s Hospital, where all of his grandchildren were born. Thus, the “AMAZERS” Corn Maze was born.

“We cut the McLeod Children’s Hospital logo into the AMAZERS Corn Maze,” explained Rachel McCormick, Kemp’s daughter. “Facts about the Children’s Hospital were placed throughout the maze. We wanted people to understand what the Maze was supporting so they would be willing to support my Dad’s vision to help the children.”

In the end, 4,292 people explored the AMAZERS Corn Maze.

“My father has always been a big dreamer,” Rachel said.

“The incredible turnout for the Corn Maze made his dream of helping children come true.”