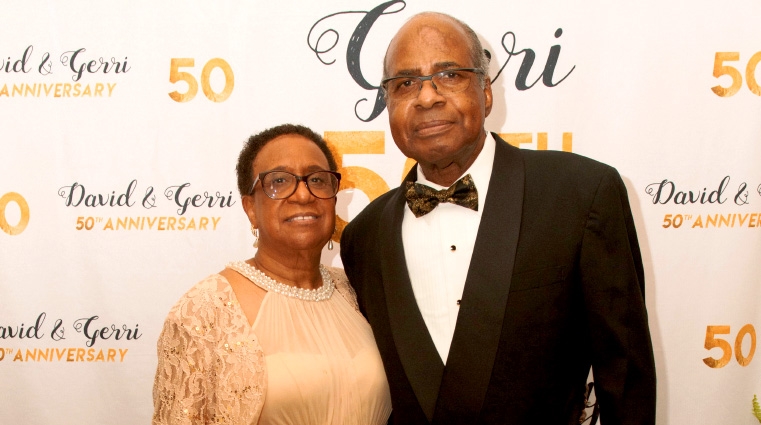 David and Gerri Barr value having McLeod Regional Medical Center a mere five minutes from their home. They recognized they could rely on McLeod Health if they were ever in need of excellent, life-saving care. However, they did not realize just how much they would need it.

The Barrs, both retired, spent their careers in the fields of higher education administration and speech pathology. In 2019, a series of health issues disrupted their best laid plans, and healthcare became their focus and priority.

David suddenly had to undergo two vascular procedures and was overwhelmed with the outstanding care he received at McLeod from Dr. Carmen Piccolo. While relieved to be on the other side of this health scare, he and Gerri found themselves returning to McLeod again a few months later.

After a visit to his primary care physician and initial testing, David was referred to McLeod Oncologist Dr. Jamie Smith who confirmed a diagnosis of colon cancer. David then underwent surgery, performed by Dr. John Sonfield. After David’s recovery, Dr. Smith informed him that he would need both chemotherapy and radiation treatments.

Gerri felt grateful that David would be able to obtain state-of-the-art treatment five minutes from home.

“If we had to go out of town for his care, it would have been really hard. I cannot imagine having to travel hours back and forth for treatment every single day,” explains Gerri.

David’s completion of his cancer treatment coincided with another joyful family celebration. Kristen Barr, David and Gerri’s daughter, had planned a special 50th wedding anniversary celebration in honor of her parents.

“The doctors who worked with me during that year -- Dr. Piccolo, Dr. Smith and Dr. Sonfield -- truly inspired us to begin giving to the McLeod Health Foundation,” shares David.

As they discussed the upcoming event, the Barrs felt moved to direct their guests to donate to the Foundation supporting the McLeod Cancer Center in lieu of gifts.

“We were so delighted to have raised these important funds. We are confident that the Foundation will use these gifts to help those who are unable to afford all of the expenses that come with a cancer diagnosis,” said David and Gerri. “It is one small way we can give back to help others.”