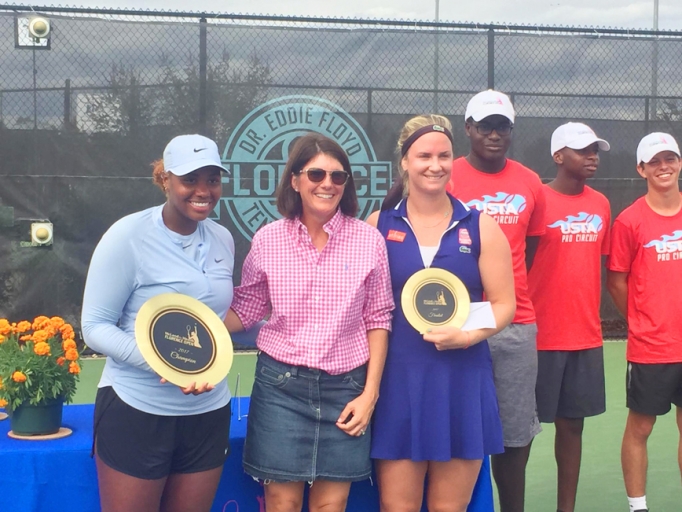 Singles Champion Taylor Townsend, at left, and finalist Ysaline Bonaventure are pictured with Dr. Amy Murrell after the trophy presentation for the McLeod for Health Florence Open.

The McLeod for Health Florence Open concluded on Sunday, October 22, with the finals in the Singles Championship. During the eight-day tournament, McLeod Health raised awareness of breast cancer and physical activity as a sponsor of the USTA women’s professional tennis tournament benefitting Susan G. Komen South Carolina.

With McLeod Health as the presenting sponsor for the fourth year, the tournament focused its communications on health-related themes, including the value of physical fitness and the crucial importance of early detection and treatment of breast cancer. Net proceeds will go to Susan G. Komen South Carolina to help in the fight against breast cancer in the region. Komen South Carolina has provided significant funding to regional programs, including grants totaling more than $400,000 dollars to support breast cancer programs and patients at McLeod Health. Among other things, these grants have been used for mammograms, follow-up diagnostic procedures, patient navigation services, and survivor support services, including transportation.