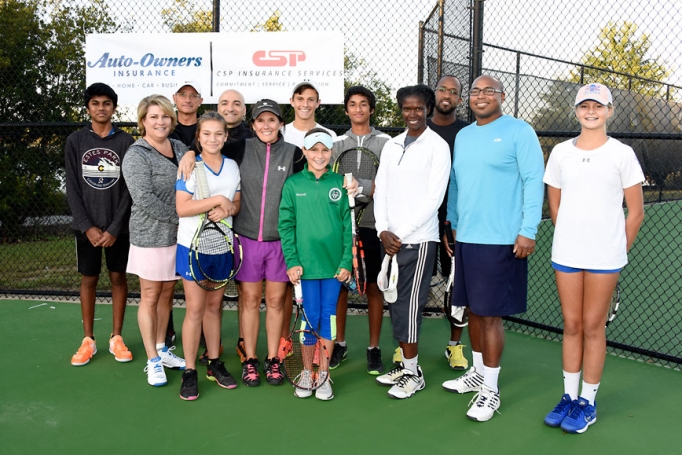 McLeod Health and the City of Florence are once again partnering to raise awareness of breast cancer and physical activity through the McLeod for Health Florence Open benefitting Susan G. Komen South Carolina. Now in its sixth year, Florence’s only professional tennis tournament is being held through October 22 at the Dr. Eddie Floyd Tennis Center.

The Florence Open will feature a 64-draw qualifying round, a 32-draw main round and a pro-am event. There will be feature matches at noon on Monday through Friday. The singles semifinals and the doubles finals are scheduled for Saturday the 21st and the singles finals will be held on Sunday the 22nd.

Community Day on Sunday the 22nd will feature a cookout, an exhibition match by the Francis Marion University tennis teams, a Junior and Adult “Hit and Get” for players of all skill levels with prizes provided by Wilson Sporting Goods, Junior Play Day and a reunion of the Adult Tennis Apprentice Alumni. Community Day activities will kick off at noon, the singles final will begin at 1:00 p.m., and the other activities will be going on all day.

With more than 90 tournaments held annually throughout the country, the United States Tennis Association Pro Circuit is the pathway to the U.S. Open and tour-level competition for aspiring tennis players and a frequent battleground for established professionals. The largest developmental tennis circuit in the world, it draws more than 1,000 men and women each year from more than 70 countries to compete in cities nationwide. Virtually all of the best known pros began their careers on the USTA Pro Circuit, and so did some of the sport’s top new players like Americans Grace Min, CiCi Bellis and Taylor Townsend.

Admission during the tournament is free, but attendees will be offered the opportunity to donate directly to Komen South Carolina.