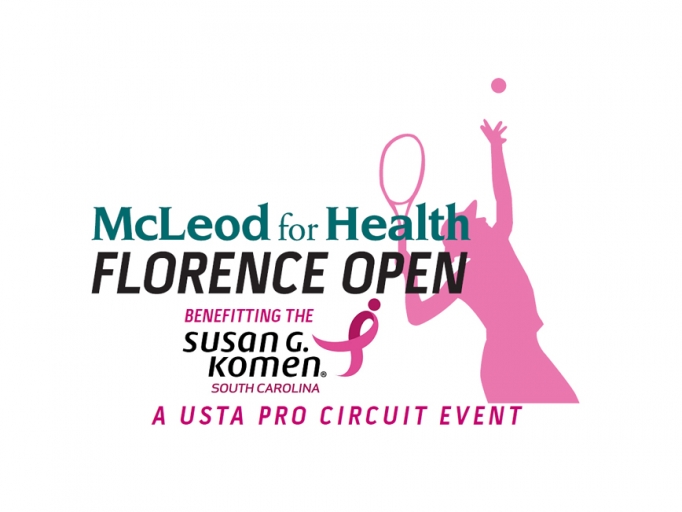 McLeod Health is once again raising awareness of breast cancer and physical activity as a sponsor of the McLeod for Health Florence Open benefitting Susan G. Komen South Carolina. Now in its sixth year, Florence’s only professional tennis tournament will be held October 15 to 22 at the Dr. Eddie Floyd Tennis Center.

The Florence Open tournament formed an alliance in 2014 with McLeod Health and Susan G. Komen South Carolina to help support the fight against breast cancer in the region. McLeod Health is deeply committed to the early identification and treatment of breast cancer, and Susan G. Komen South Carolina has provided significant funding to Pee Dee area programs, including grants totaling more than $400,000 dollars to support breast cancer programs and patients at McLeod Health. Among other things, these grants have been used for mammograms, follow-up diagnostic procedures, patient navigation services, and survivor support services, including transportation.

With more than 90 tournaments held annually throughout the country, the United States Tennis Association Pro Circuit is the pathway to the U.S. Open and tour-level competition for aspiring tennis players and a frequent battleground for established professionals. The largest developmental tennis circuit in the world, it draws more than 1,000 men and women each year from more than 70 countries to compete in cities nationwide. Virtually all of the best known pros began their careers on the USTA Pro Circuit, and so did some of the sport’s top new players like Americans Grace Min and Taylor Townsend.