McLeod Health Educates Caregivers on the ABC’s of Safe Sleep 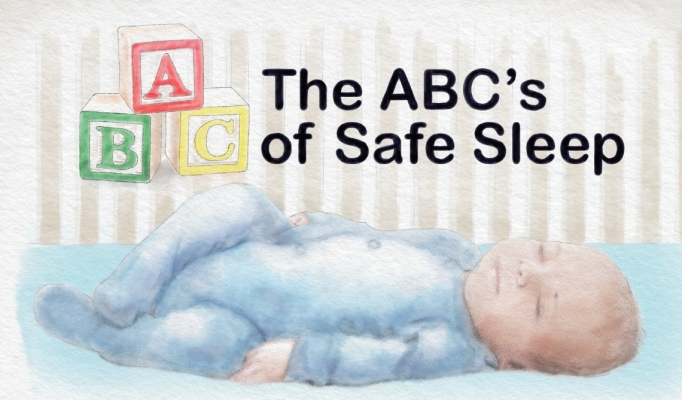 Some of the sweetest moments in life are watching a precious one sleep. Making sure babies are safe when they sleep is more important than you may know, as unsafe sleep practices can result in injury or even death. Always remember that babies should sleep alone, on their back, in a crib.

Following a 1992 recommendation by the American Academy of Pediatrics to place babies on their backs to sleep, deaths from SIDS began to drop. Unfortunately, the number of South Carolina infant deaths due to sleep-related suffocation or entrapment in the beds doubled in a six-year period beginning in 2004.

Safe Kids Worldwide reports that nearly 75 percent of suffocation infant deaths are due to choking or strangulation in bed. For children under age one, unintentional suffocation is the leading cause of injury-related deaths. Babies aged two to four months are most at risk.

Awareness of this epidemic has become vital to decreasing the occurrences of SIDS and sleep-related infant deaths. As a result, McLeod Health and McLeod Safe Kids have joined statewide efforts to educate parents on safe sleep.

Protecting babies when they sleep is as simple as ABC. Babies should sleep Alone on her/his Back in a Crib.

ALONE
Babies should never sleep in an adult bed. The same holds true for sleeping on a chair or couch. Instead, put the baby’s crib nearby or in the parent’s bedroom (also called room sharing or co-rooming).
Remove pillows, stuffed animals, bumpers, wedges, quilts, comforters and blankets from the crib.

BACK
Place babies on their back when sleeping to reduce the chances of their mouths and noses becoming buried in bedding. Babies have poor muscle strength and head control after birth, so placing them on their backs to sleep keeps their airways open so they can breathe safely. Babies can get plenty of “tummy time” when awake, playful and monitored by an adult or a trained sitter.

CRIB
Always place babies flat in a crib or safe sleep environment every time they sleep – during the day or night. Babies should sleep in a safety-approved crib with a firm mattress and tight-fitting sheet. Other approved sleeping furniture includes a bassinet or pack-n-play.

PASS IT ON
Share the ABC’s of safe sleep with family, friends, church groups, daycare employees, babysitters and anyone else who may care for an infant. The American Academy of Pediatrics reports these startling statistics: one in five infant deaths occur when the infant is being cared for by someone other than a parent and an infant who usually sleeps on his or her back but is mistakenly placed on their stomach to sleep, is 18 times more likely to suffer a sleep-related death. For more information on safe sleep, or to access available materials, please call (843) 777-5021 or visit www.McLeodWomen.org.