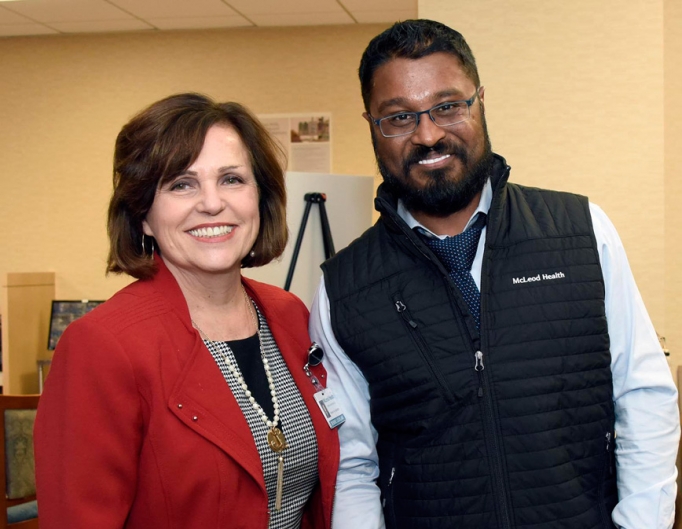 Doctors’ Day is a special time to celebrate and acknowledge the vital role of physicians whose calling is to protect our health and well-being. To celebrate Doctors’ Day, McLeod Health asked community members and staff to send an online or handwritten thank you to their physician sharing personal thoughts and expressions of gratitude. McLeod physicians received hundreds of thank you notes, which were presented to the doctors during events at McLeod Health campuses in Florence, Darlington, Dillon, Loris, Seacoast, Carolina Forest, Cheraw and Clarendon on March 28.

About National Doctors’ Day
National Doctors’ Day is held every year on March 30th in the United States. It is a day to celebrate the contribution of physicians who serve our country by caring for its’ citizens. The first Doctor’s Day observance was March 30, 1933 in Winder, Georgia. Eudora Brown Almond, wife of Dr. Charles B. Almond, decided to set aside a day to honor physicians. This first observance included the mailing greeting cards and placing flowers on graves of deceased doctors. On March 30, 1958, a Resolution Commemorating Doctors’ Day was adopted by the United States House of Representatives. In 1990, legislation was introduced in the House and Senate to establish a national Doctor’s Day. Following overwhelming approval by the United States Senate and the House of Representatives, on October 30, 1990, President George Bush signed S.J. RES. #366 (which became Public Law 101-473) designating March 30th as “National Doctor’s Day.”