Endometriosis and Its Treatments 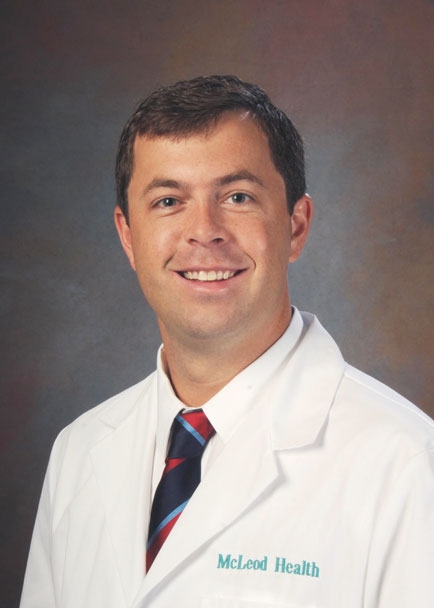 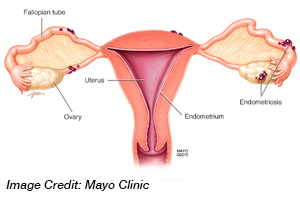 Endometriosis is a disease of the reproductive system that affects 176 million women worldwide, and one in 10 girls and women in the United States, according to the Endometriosis Foundation of America. The condition occurs when the endometrium, or lining of the uterus, grows outside the uterus or on other parts of the body.

Symptoms
The hallmark symptom of endometriosis is pelvic pain. Women with endometriosis typically have pelvic pain that begins a few days before their menstrual cycle and lasts at least for the first few days of menses. Other symptoms include severe menstrual cramps, long periods, heavy menstrual flow, bowel and urinary disorders, nausea or vomiting, pain during intercourse, and infertility.

Pregnancy
Endometriosis and its treatments can hurt a woman’s chances of getting pregnant. Yet, up to 80% of women with mild endometriosis can get pregnant.

Diagnosis
Studies show that it takes an average of nine years from the time a woman first feels the effects of endometriosis until treatment begins, often because endometriosis is a difficult condition to identify and diagnose.

The most common symptom of endometriosis, pelvic pain, can have many causes – from endometriosis to fibroids or pelvic organ prolapse. Also, endometriosis patients are often misdiagnosed. Common misdiagnoses include Pelvic Inflammatory Disease or Irritable Bowel Syndrome.

In addition, while gynecologists are trained to isolate and identify problems such as endometriosis, physicians who are not OB/GYNs may not have the same level of training in women’s diseases.

There is no test for endometriosis. The only way to diagnose the condition is to undergo a laparoscopy. Using general anesthesia, the doctor will insert a thin tube through a tiny cut in the abdomen to determine if endometriosis is present.

Treatments
There is no cure for endometriosis; however, there are treatments that can control or eliminate the pain. Treatments fall into three main categories: medication, hormone treatments, and surgery.

Pain Medication
Simple over-the-counter drugs, such as ibuprofen, can help. If these do not offer relief, your doctor may prescribe stronger medication.

Hormone Treatments
These treatments are best for women who don’t want to become pregnant and have small growths but little pain.

Birth control pills can help limit the growth of tissue outside the uterus. If a woman wants to get pregnant, she can stop taking the pills, but symptoms may reappear. Other hormones can be used to reduce endometriosis by cutting back estrogen production or using low levels of male hormone.

Surgery
Surgery is usually recommended when there is a lot of pain, numerous growths or issues related to fertility.

Hysterectomy involves removing the uterus and sometimes the ovaries. This should be a last resort because a woman will not be able to get pregnant after a hysterectomy.

Laparoscopy – surgery using small incisions that leave minimal scars – is the gold standard for treating endometriosis. During the procedure, the surgeon removes the growths as well as any scars (adhesions) the growths may have caused.