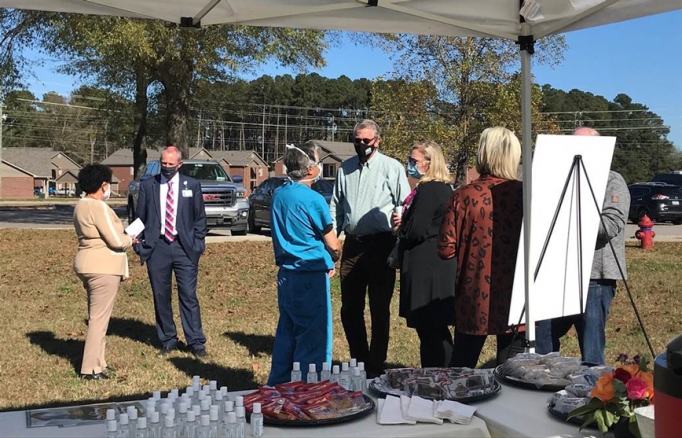 Lowe came to McLeod Health in November from his role as Chief Executive Officer for Star Valley Health in Afton, Wyoming. He began his new role with McLeod Health ahead of schedule in early November.

Lowe says he looks forward to serving the staff and patients of McLeod Health Cheraw. “It is a privilege to join an organization that is focused on its mission and values of providing medical excellence to an 18-county region. I am honored to be selected for this position. My goals will include working with the physicians, leadership team, employees and community to ensure the availability of superlative medical care to the residents of Cheraw and Bennettsville.”

Lowe is a healthcare executive with more than 13 years of experience in acute, outpatient and long-term care settings. He has served as Chief Executive Officer for three medical systems since 2008 in Wyoming and Montana.

Lowe has a proven track record in transforming financial, clinical and service performance. His background in rural and urban health partnerships and focus on improving community collaboration will serve to enhance the well-being of the communities in Chesterfield and Marlboro Counties.

Lowe completed his Bachelor of Arts degree in German and International Studies at the University of Utah in Salt Lake City, Utah. He obtained his Master of Health Administration and Master of Public Health from the University of Iowa, Iowa City, Iowa.

During his professional career, he has received the 2019 American College of Healthcare Executives’ (ACHE) Regent’s Award. This honor recognizes outstanding healthcare executives who have made significant contributions to the advancement of healthcare management excellence and the achievement of ACHE’s goals. He also served as a member of the Medicaid Advisory Board for the State of Wyoming and a board member for the Wyoming Hospital Association. Additionally, Lowe served as a member of the American Hospital Association’s Committee on Performance Improvement.

Lowe is married to Melinda, and they have six children.