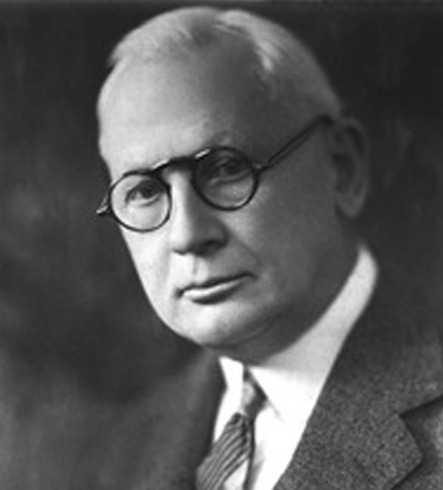 It was not yet spring, but the brisk winds were signaling a change of season from the bitter cold. The young mother welcomed the hint of warmer months to come and opened the window of the second story apartment in the downtown hotel. The breezes still were chilly but it seemed to cleanse the air and atmosphere within the rooms, Mrs. Barringer thought. Her small son Rufus, a fair, curly-haired, bright-eyed little boy of three, echoed her delight in the fresh air with chattering and enthusiasm. His voice seemed to compete with the sounds of business and bustling that could be heard all the way up from the street.

Then, what was never supposed to happen, possibly every mother’s nightmare, became a reality for this young woman. In a matter of seconds, Mrs. Barringer watched as her toddler ran to the open window to sneak a peak at the activity below. But before she could react, she watched as her child lost his balance and fell from the window to the pavement more than twenty feet below.

Recognizing the seriousness of the accident, someone who had witnessed his fall from below quickly sought emergency care for Rufus, whose whimpering was becoming lower and lower and whose skull was badly crushed by the blow of hitting the street. But where would the child be taken for care and whom should be called to help?

There was no 911 or emergency line to access. In fact, there were many folks without phone service in the community or even motor vehicles available for transporting the injured.

Rufus Barringer’s accident occurred in downtown Florence on March 8, 1899, more than a century ago. Central Hotel, located on Evans Street at the turn of the century, stood only yards away from the current facility of McLeod Regional Medical Center, which now provides care for nearly 50 trauma cases a month through its emergency department.

According to a historical sketch about McLeod, “The History of the Development of a Medical Center” by Dr. Larry E. Nelson, related newspaper articles about the tragic incident on microfilm and family recollections, Rufus Barringer was the beloved son of J.L. and M.L. Barringer of Florence, born on December 1, 1895.

Immediately after his plunge to the street, a passerby picked up the boy and carried him to “Palace Drug Store, owned by Dr. Furman P. Covington and Dr. Frank Hilton McLeod, Physicians and Surgeons,” proclaimed the signage.

“Dr. Lawrence Y. King, a well-known physician in the city, happened to be in the store at the time and quickly attended to the boy. Seriously hurt, the lad cried a little, but soon lapsed into unconsciousness. Among the other physicians hurriedly summoned was Dr. F. H. McLeod. Since he was fond of children, the situation must have been troubling to him,” according to Dr. Nelson’s text.

Perhaps he knew Rufus because the stricken boy’s father had a place of business in the same building as Dr. McLeod’s medical office, at 209 Evans Street, located on the same end and side of the block that the historic Old Florence Post Office stands on today.

Feverishly, Dr. McLeod and his colleagues “devoted their energies to saving the little life.” However, examination revealed Rufus had a severely fractured skull and the prognosis was poor. His short life ended three days after the incident on March 11. A small grey headstone marks the youngster’s resting place in a local cemetery, commemorating the life of a child who lived “three years, three months and 10 days.” And, buried at his feet, with an even smaller stone marker helping to identify the significance was “our boy and dog, Major 1897-1914.” Rufus’ memory was honored a decade after his passing as his was the only family pet allowed to be interred in those grounds.

“The tragedy of Rufus Barringer affords a rare glimpse into the early practice of Dr. Frank Hilton McLeod, who became the foremost physician of the Pee Dee region of South Carolina. As a young man, he obtained a medical education at schools in Georgia and Tennessee. He tried two different locations before establishing his medical practice in Florence in 1891. He became active in matters of professional medicine and he acquired an enviable reputation for his surgical skills. Founding the Florence Infirmary in 1906 and conducting its affairs were Dr. McLeod’s most important contributions. In the early years of the hospital’s development, he determined to make it an institution serving the medical needs of the Florence community and its environs, but also the eastern section of South Carolina. Through medical talent, entrepreneurial skill and hard work, his dream was a functioning reality by 1917,” stated Dr. Nelson’s account.

It was the tragic fall in 1889 of a three-year-old boy from a second story apartment that inspired Dr. F.H. McLeod’s vision of a hospital for Florence and the region. For the decades following, McLeod’s strategic plan as a full service health care organization included the development, growth and continued improvement of emergency and trauma services, as well as the provision of expert cancer treatment and research, heart care, neurology services, women’s and children’s services and subspecialty programs.

The founders of McLeod understood the need to provide access to treatment and advanced care and specialized surgeries. They did indeed set the precedent for superlative hospital practices and expertise. Today, McLeod Health carries on that tradition with highly experienced professionals, the widest spectrum of health services available in the region, extraordinary outcomes and patient testimonials, cost efficient-care, expansion and growth to meet the needs or area residents.

The Dr. F. H. McLeod Legacy Society Recognition Wall is located on the Concourse of McLeod Regional Medical Center. It is one way we recognize the commitment of our members, who, like Dr. F. H. McLeod, appreciate the value of excellent healthcare for the communities in which we live.

If you are interested in making a Legacy commitment to McLeod Health, you may review options in this Legacy giving section. If you have questions, contact Elizabeth Jones at (843)-777-2694 or Elizabeth.Jones@mcleodhealth.org.

For more information or a confidential discussion of your charitable options, please
email or call, Elizabeth Jones, at (843) 777-2694.

Please note, individual financial circumstances will vary. The information on this site does not constitute legal or tax advice. Donor stories and photographs are for purposes of illustration only. As with all tax and estate planning, please consult your attorney or estate specialist. You may also contact a member of the Professional Advisory Council. All material is copyrighted and is for viewing purposes only. Use of this site signifies your agreement with the terms of use. The content in this Legacy Giving section has been developed for McLeod Health Foundation and is owned by Future Focus. Please report any problems to section webmaster.