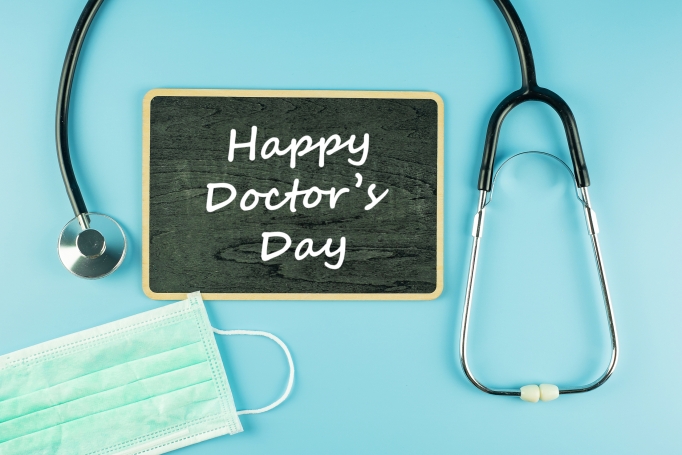 Gifts from the heart…
when “Thank You” doesn’t seem to say enough.

Physicians have responded to the pandemic with unprecedented selflessness, resilience, and compassion.  They have stepped up to care for our communities despite all the challenges.

Now is our time to say THANK YOU by making a donation in their honor on Doctors’ Day to the McLeod Health Foundation.

We will send each physician you honor your personal message of appreciation and gratitude.

The first Doctors’ Day was held on March 30, 1933, by the Barrow County Auxiliary in Winder, Georgia. It was celebrated by mailing cards to physicians and their spouses. In 1958, the United States House of Representatives adopted a resolution commemorating Doctors’ Day, and in 1990, the House and Senate introduced joint legislation (S.J. Res. 366) that made March 30 a national observance. On October 30, 1990, President George H. W. Bush signed an executive order (it became public law 101-473) designating March 30 as “National Doctors’ Day.”