Vascular Testing. Not the SAT, ACT. But Good for Your Health 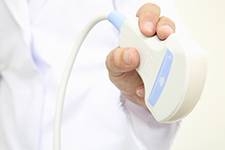 Why Would Your Doctor Send You to a Vascular Lab?

“Vascular testing is used to diagnose or monitor clogging of the arteries (atherosclerosis), blockages (stenosis), enlargement of blood vessels (aneurysms), and disorders of the veins (thrombosis, varicose veins),” says McLeod Vascular Surgeon Gabor Winkler, M.D. “Testing may also be used as a follow-up to vascular surgery.”

Other problems that can be diagnosed through vascular testing include: leg pain (claudication), peripheral arterial disease (PAD), and limb edema (swelling due to accumulation of fluid).

How Does It Work?

A small device—the “transducer” — is placed on the skin. Gel may be spread on the area to be tested. This transducer generates the high frequency sound waves and captures the returning waves that bounce off various places in the body. The picture created by these returning waves is displayed on a computer or TV monitor and can be recorded. The technician may move the transducer around to generate a picture from several angles.

Ultrasound shows a snap shot or still picture of a particular area, indicating blockages and fluid build up.

Doppler ultrasound generates a two-dimensional color moving picture of the blood vessels, including direction and speed of blood flow.

Duplex Ultrasound combines the traditional ultrasound still images with moving pictures from a Doppler ultrasound. The combination of images creates more information for the specialist to accurately diagnose the problem.

Some vascular testing is performed outside the actual vascular lab. Using radiation and magnetic based imaging devices – such as MRI and CT Scans — pictures of the brain, heart and blood vessels are captured when a problem is found with ultrasound testing. These images not only benefit the diagnosis but also can help the vascular specialist plan the appropriate treatment.

What should you do?

If your personal physician suspects some problems related to your blood flow, leg pain, continuing abdominal pain, or chest pain, see a specialist. They will likely ask you to have some additional vascular testing.

Don’t let the pain continue. Some issues, such as aneurysms or blocked arteries can result in catastrophic — often deadly — blood vessel ruptures or heart attacks.